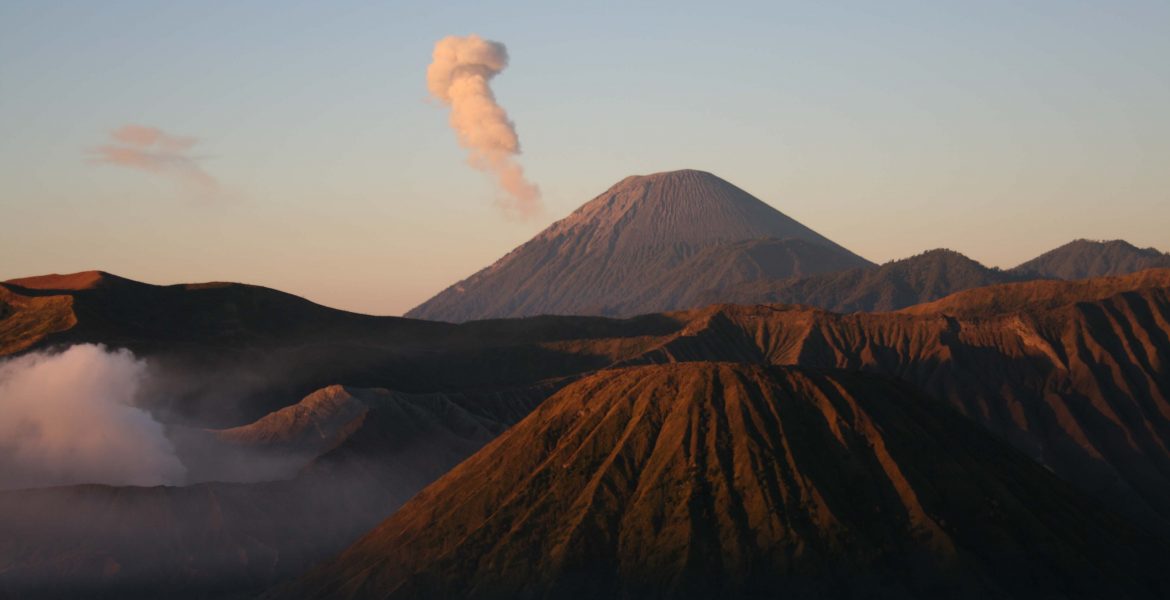 Our next destination after Jogjakarta was Mount Bromo. Getting there was quite challenging but it was definitely worth it. [Read more about the difficulties we faced at the end of the article – I spare you the details here because it’s not very interesting, but I had to tell you anyway =D]. We had planned to walk a 3-hour hike to observe the sunrise from the Gunung Penanjakan vantage point. To do so, we got there the night before and got out of bed at 2.30 am. After going the wrong way for a little while, our hike finally began. We went past 3 other people during the journey, which is not a lot, but enough to confirm that we were going on the right direction. The end of the hike was a tad more tiring with a steeper path ending with high steps. But what a blessing to make it up there and witness  such an amazing scenery ! The Bromo volcano, the carter nearby, the plains stretching forever, the lush vegetation, the massive cliffs and all that jazz .. We had a great panoramic view ! The colors changed as the sun rose. I truly loved that moment ♥ be warned, here are a fair amount of photos .. I hope you can escape just like I did .. 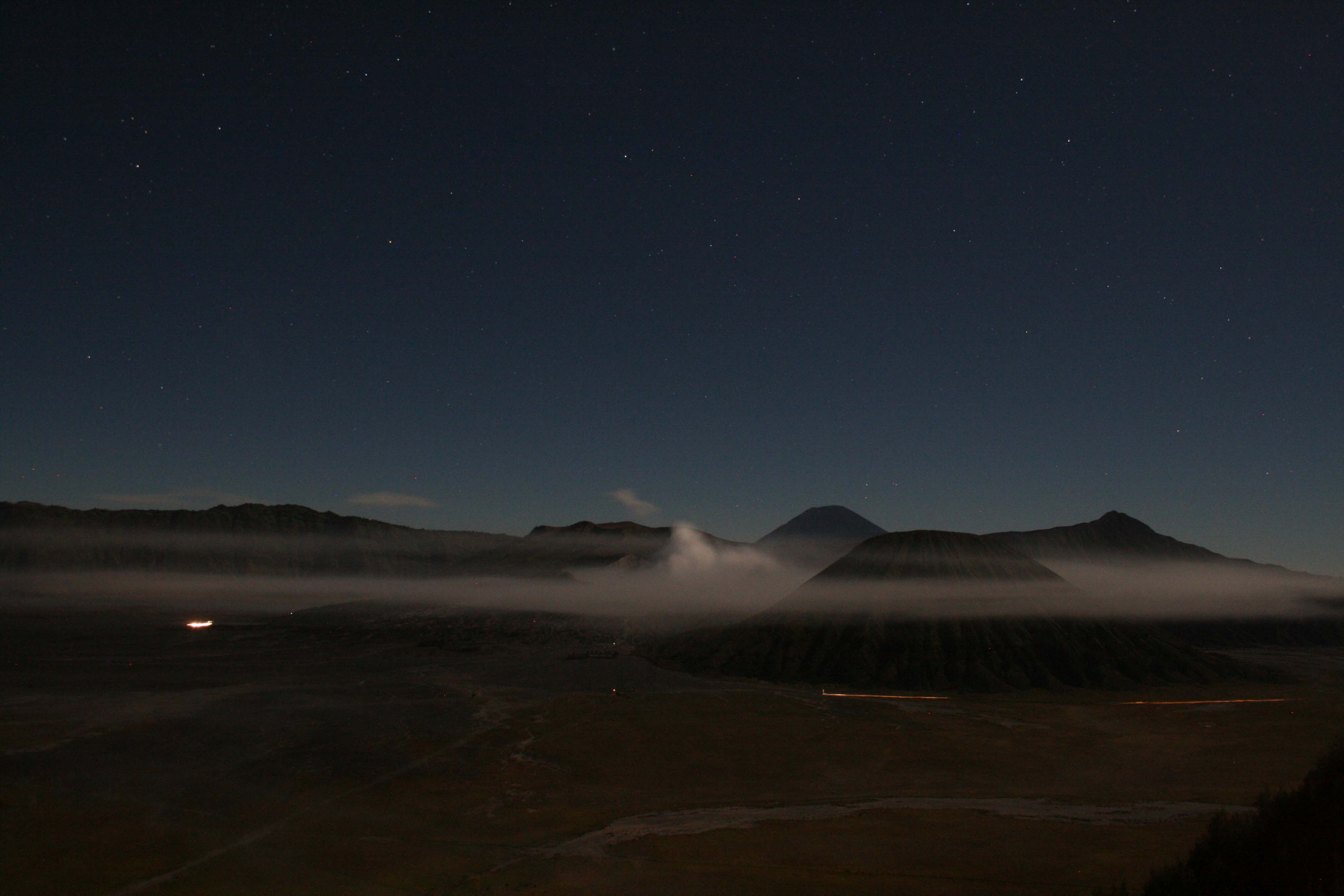 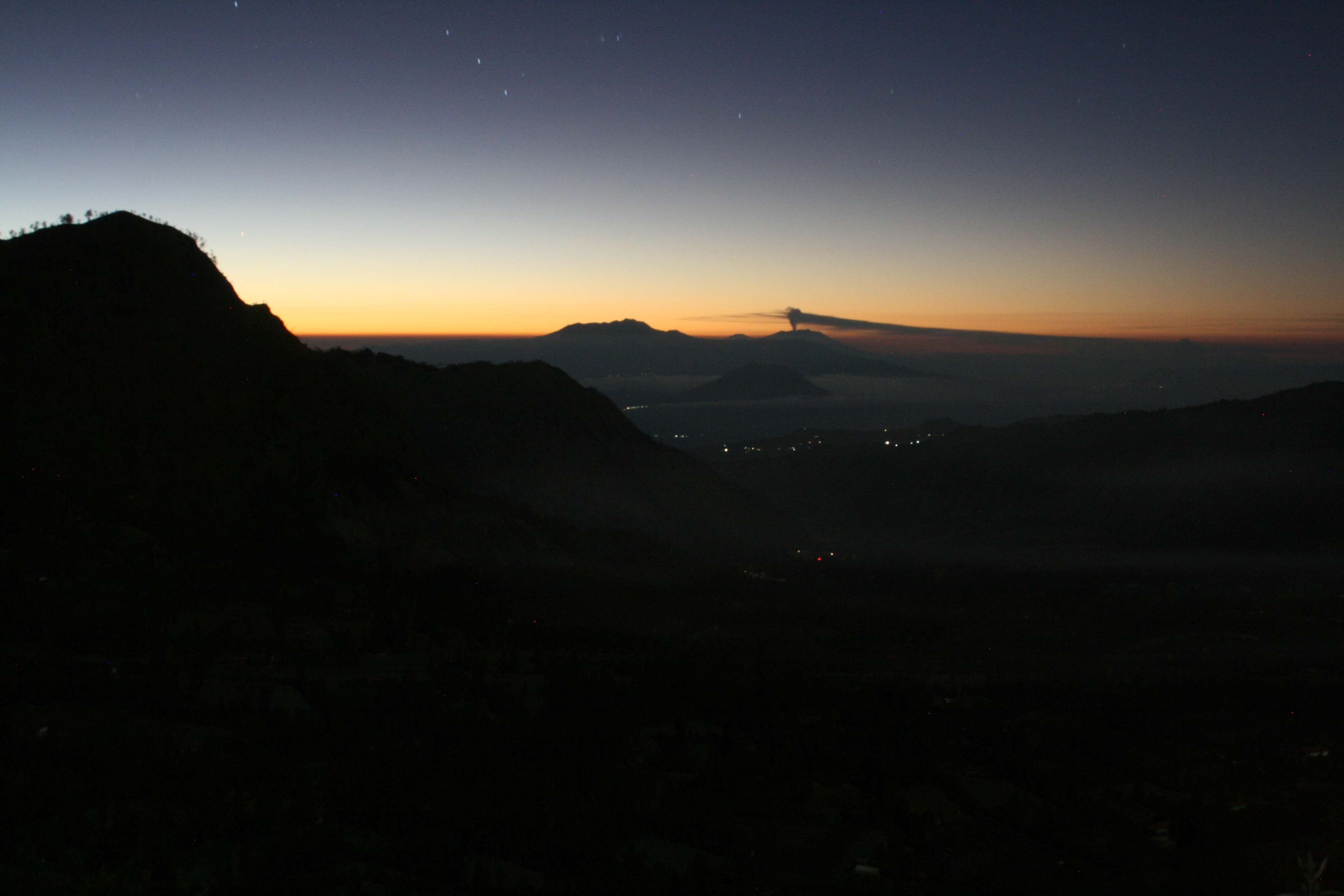 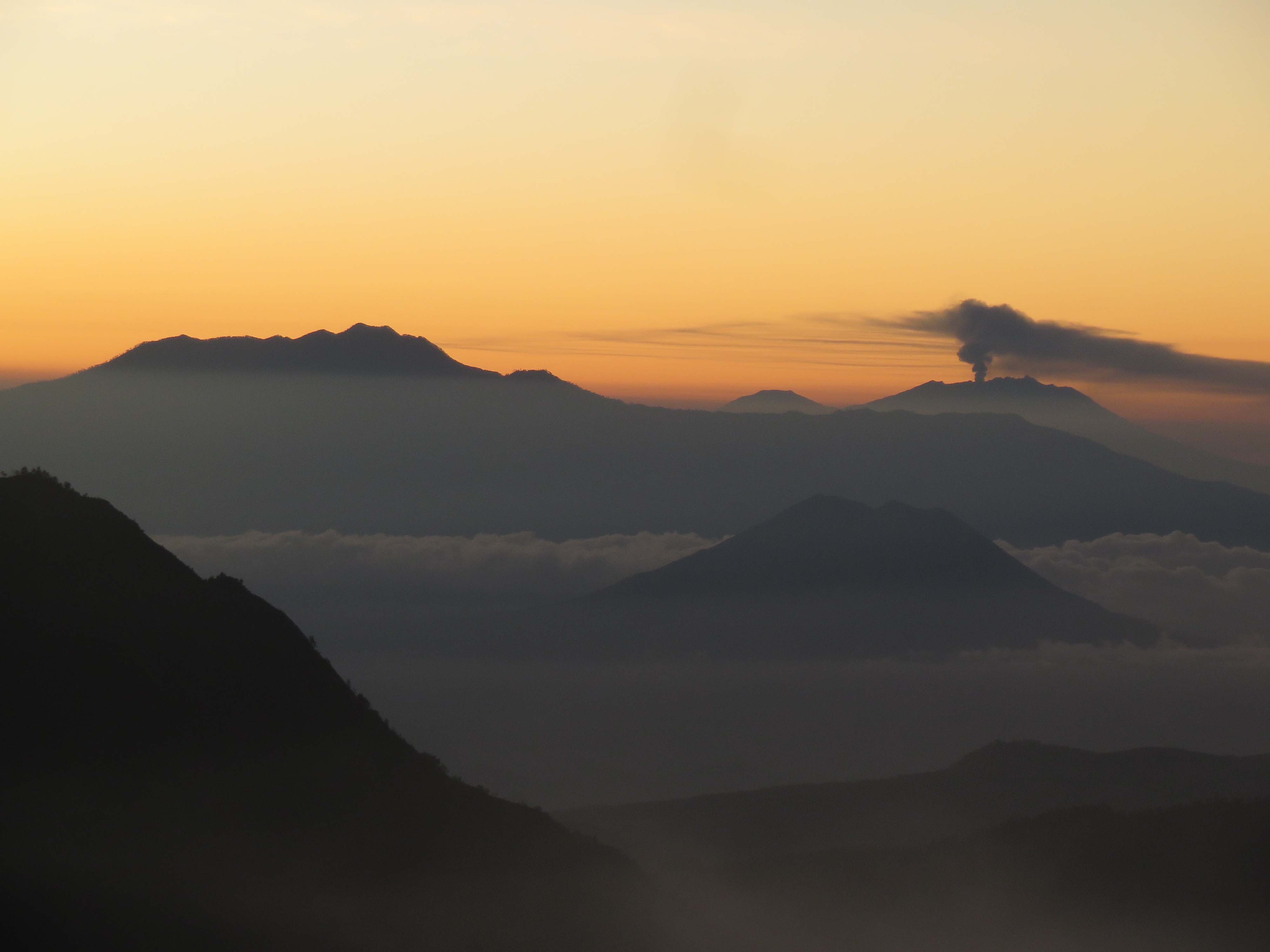 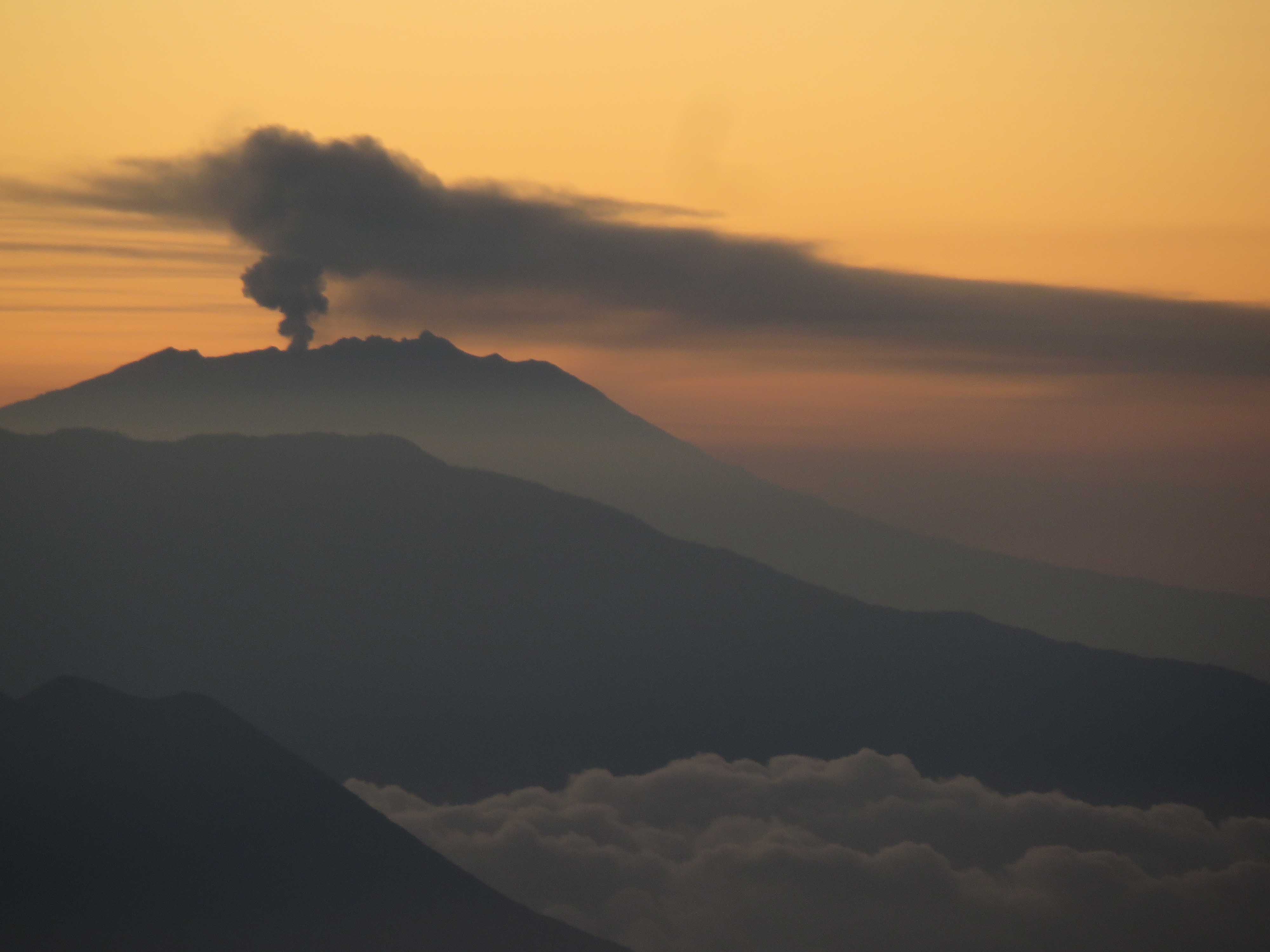 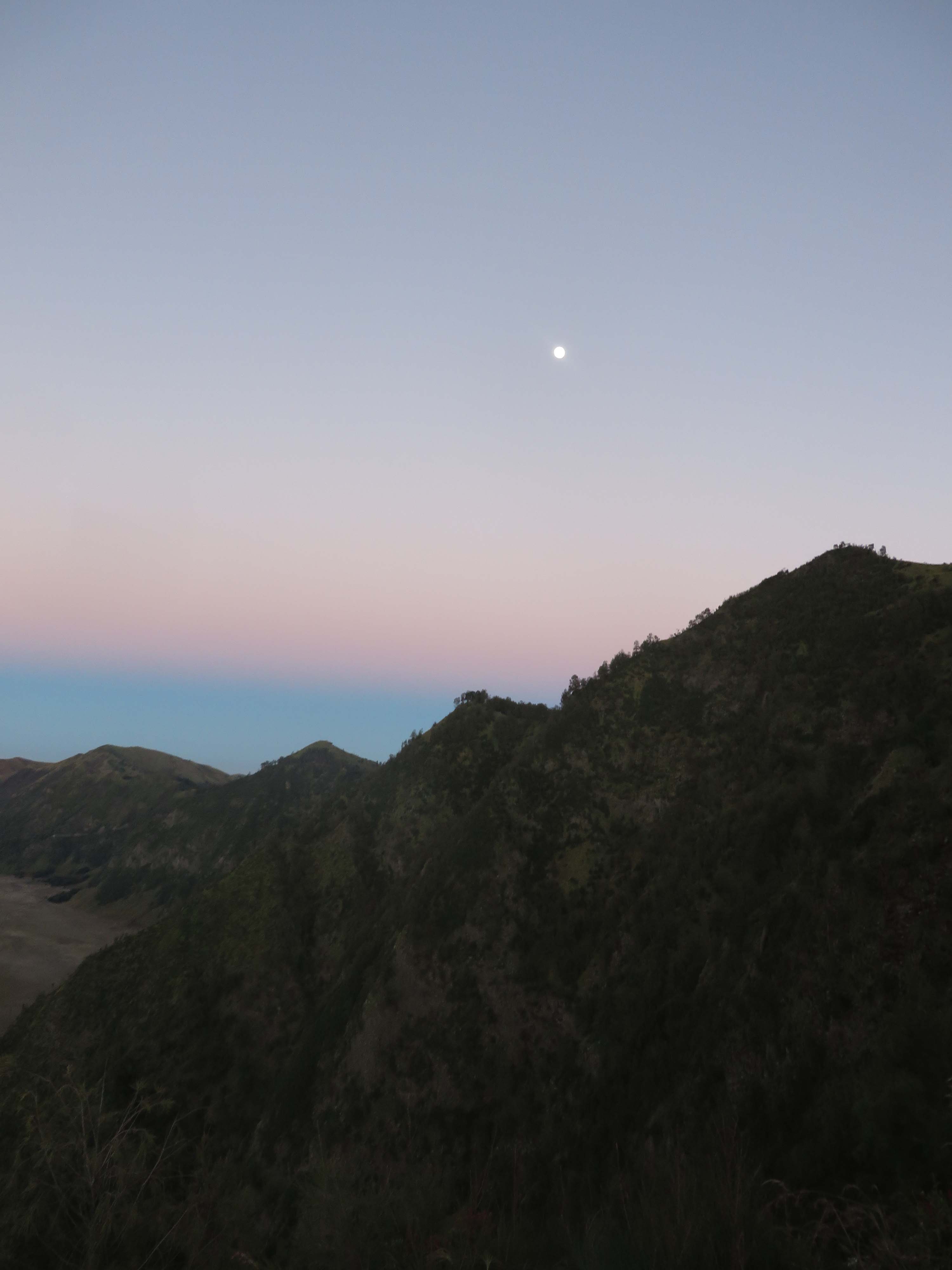 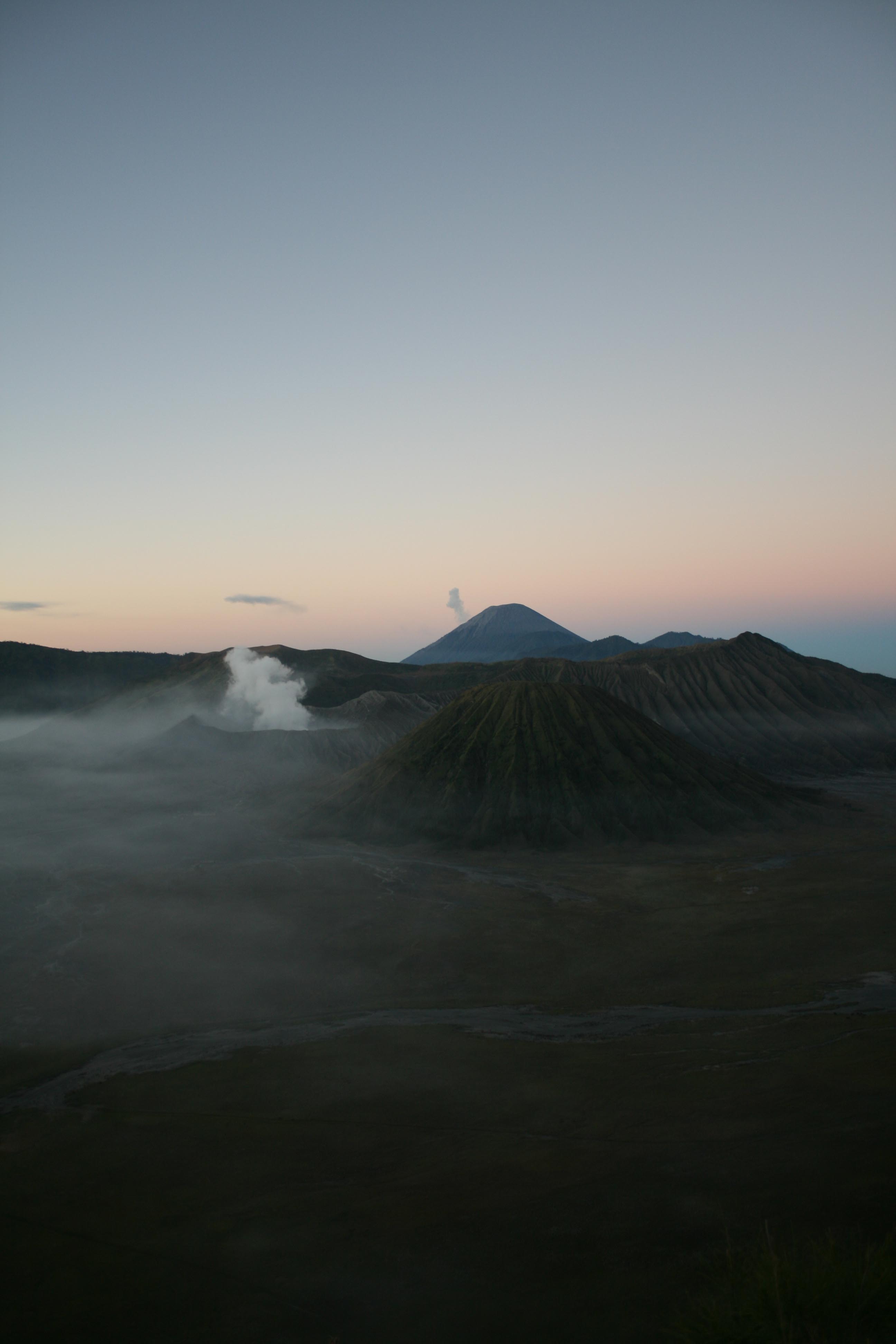 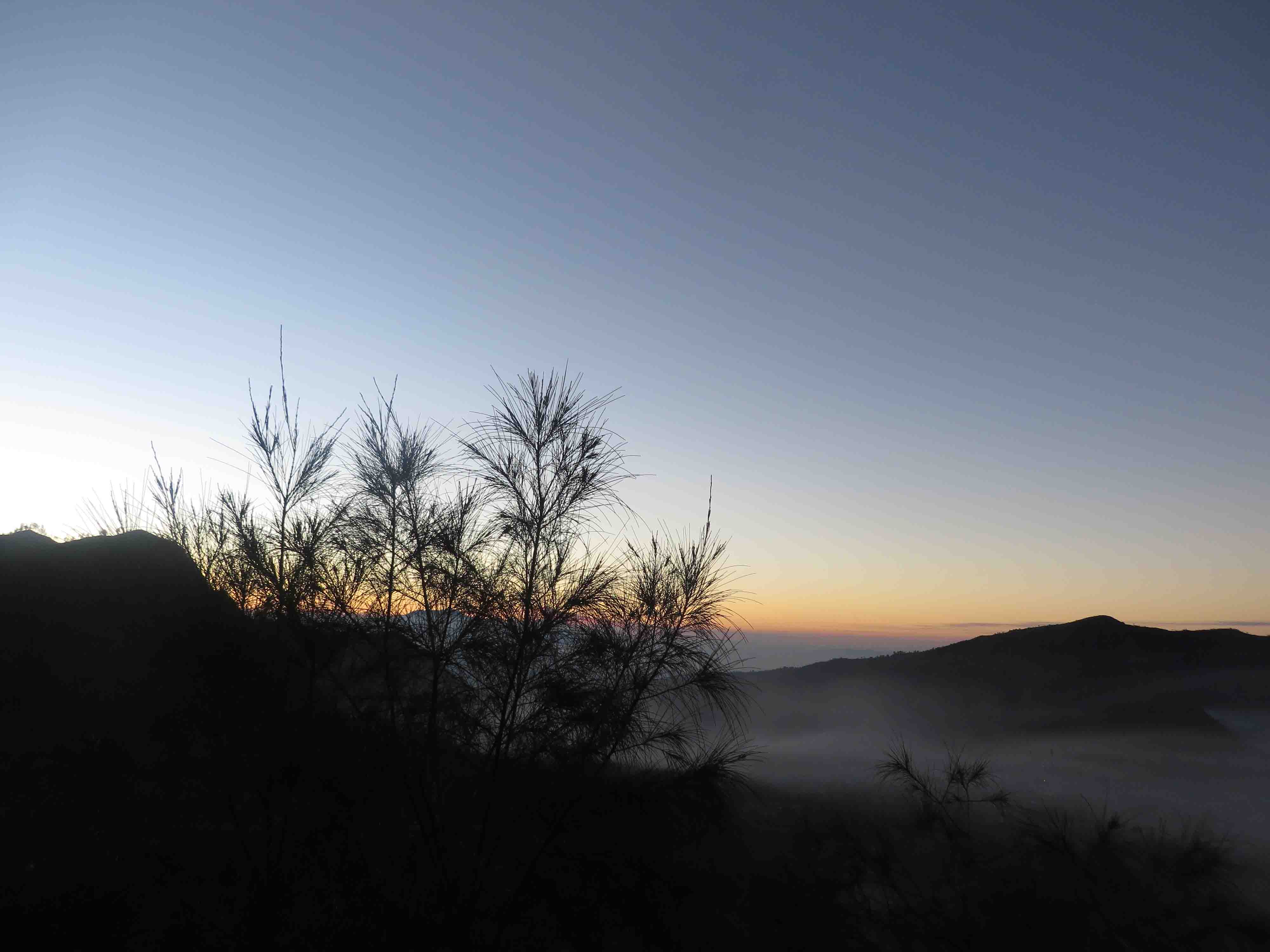 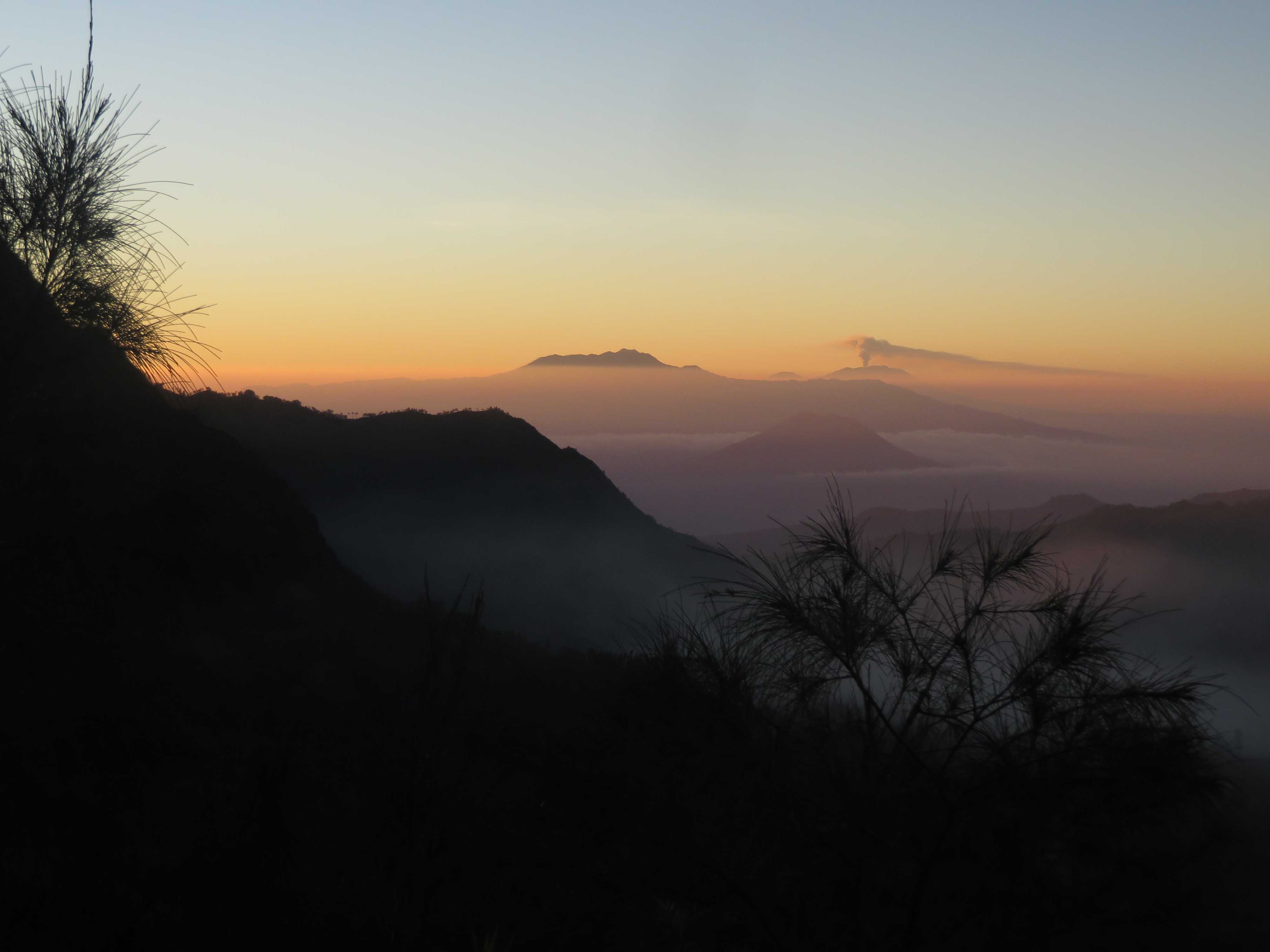 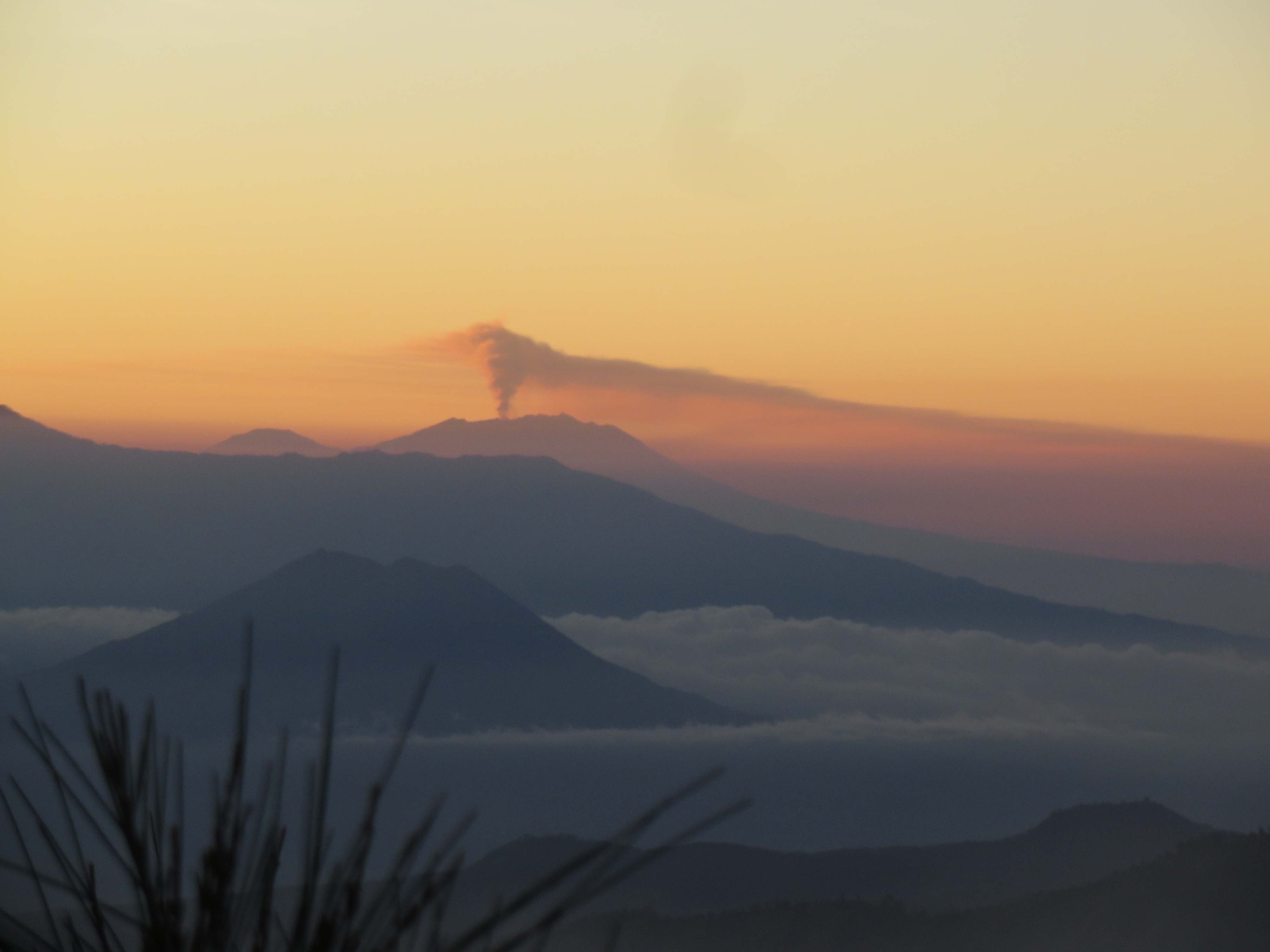 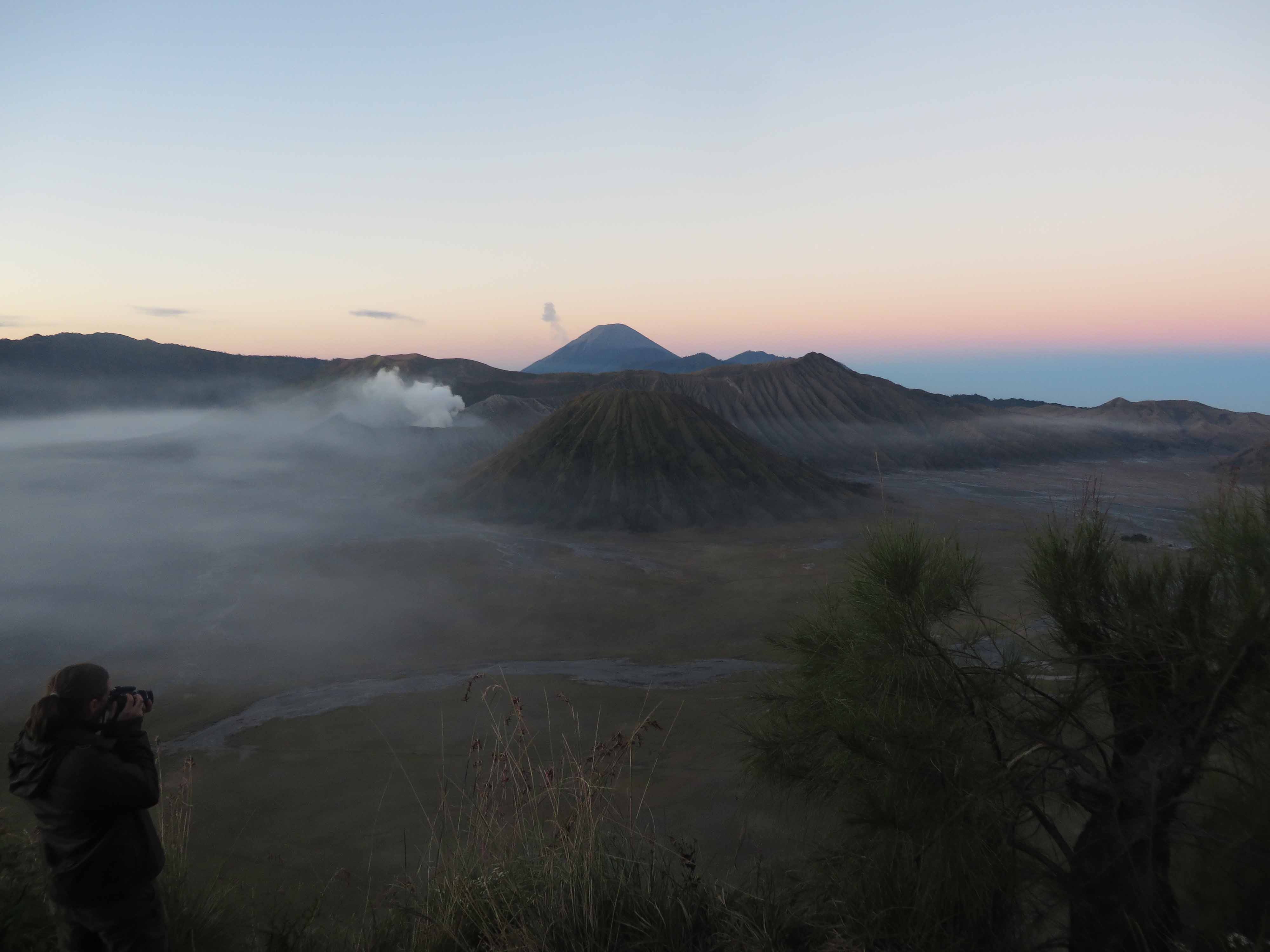 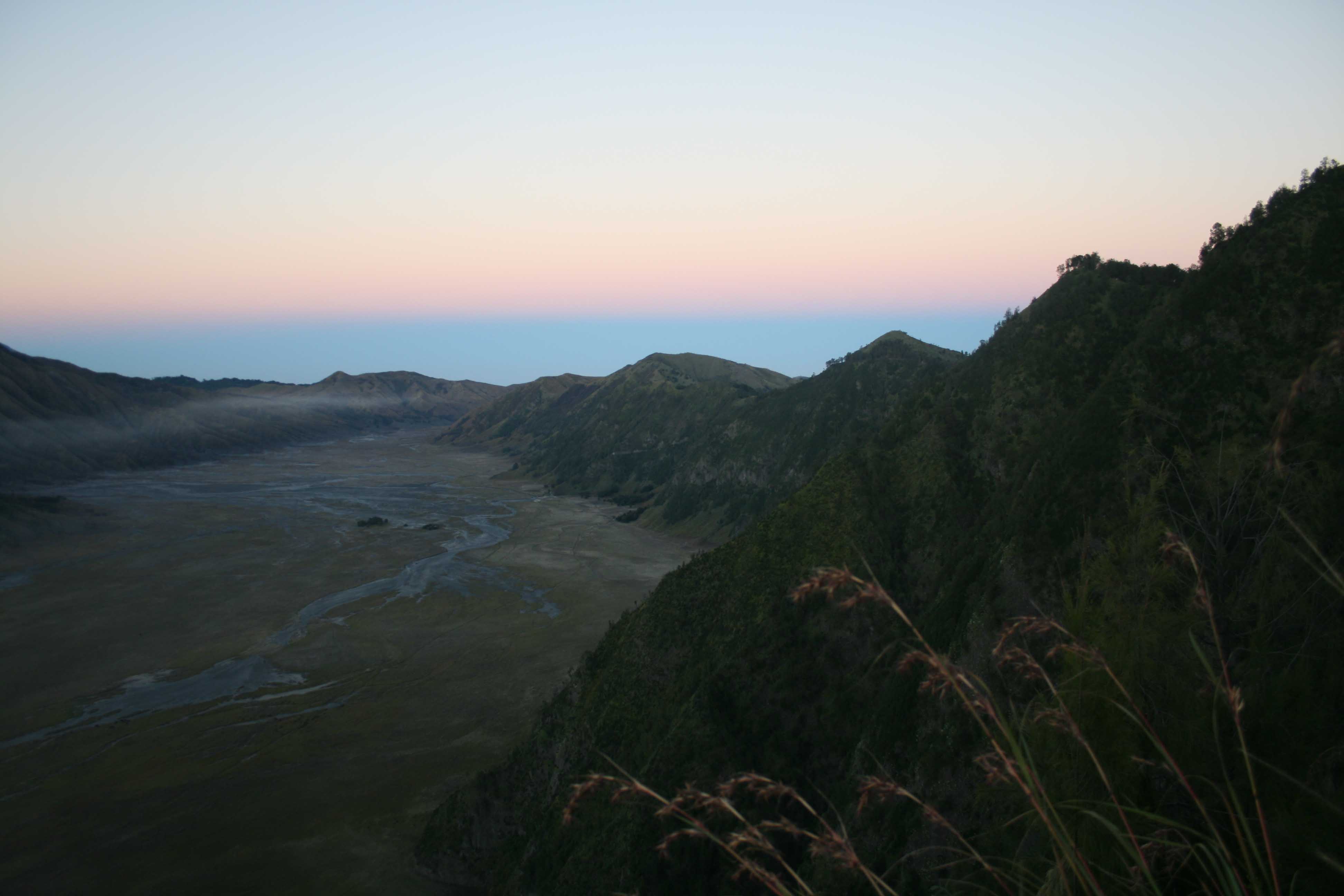 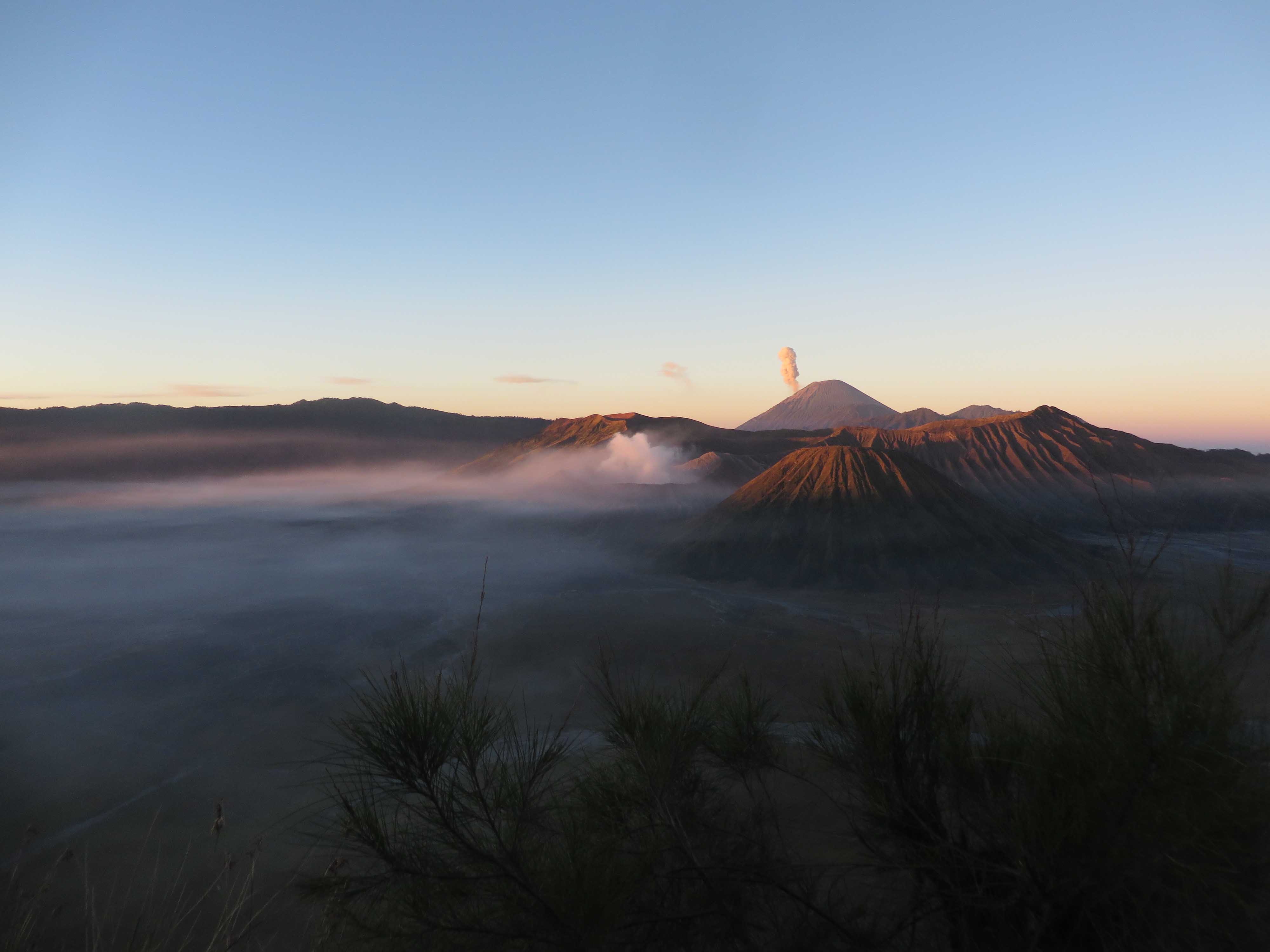 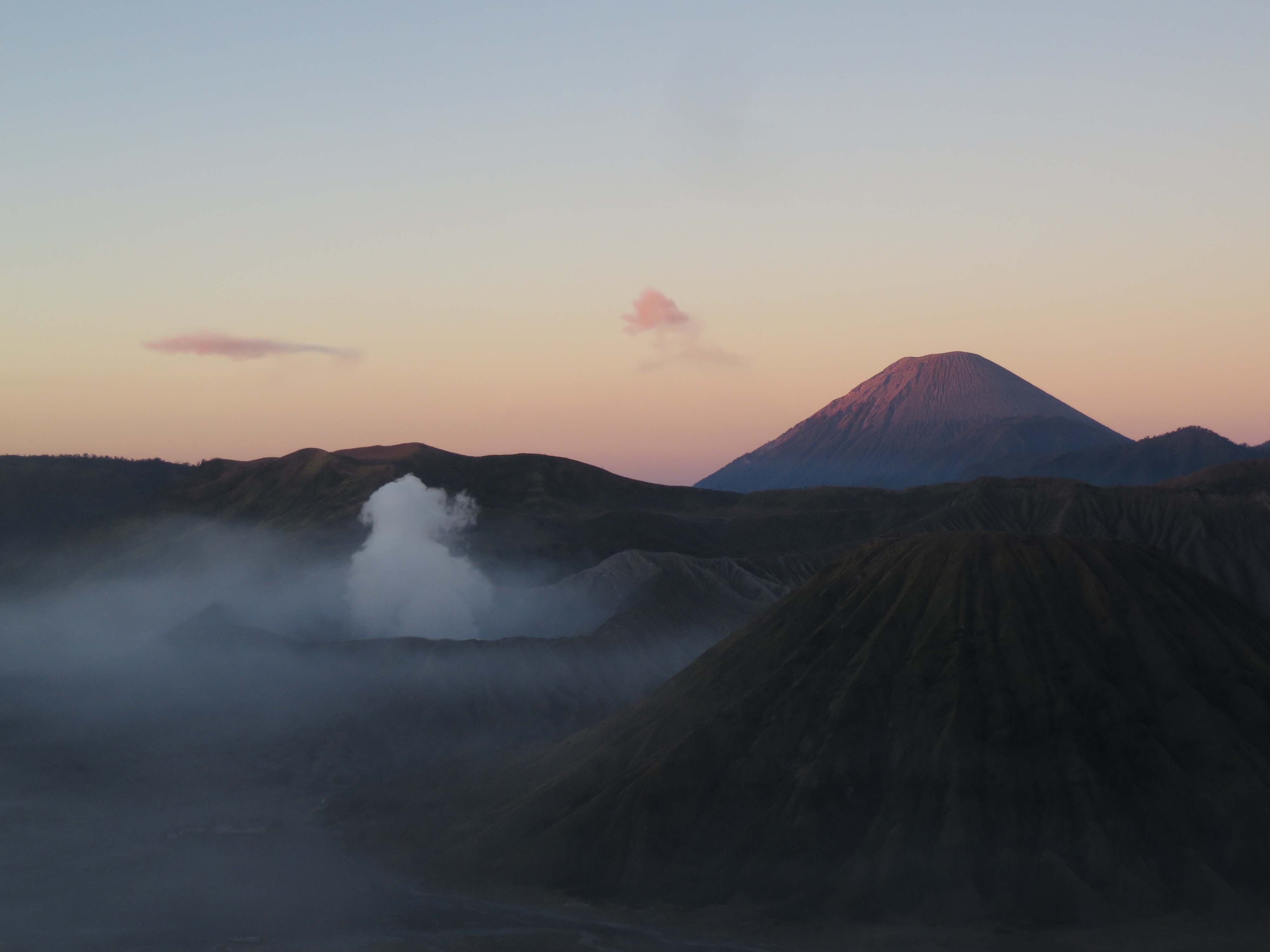 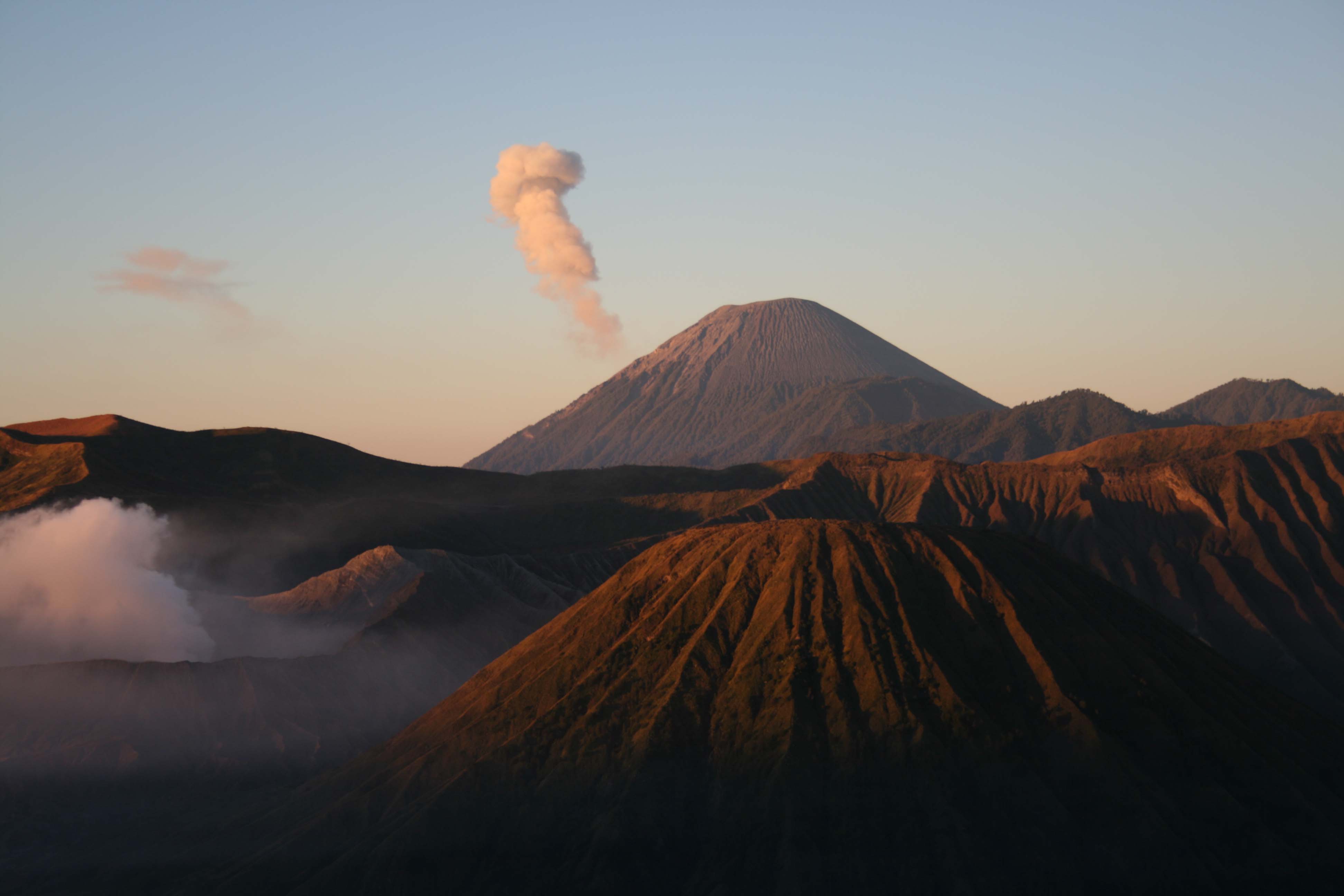 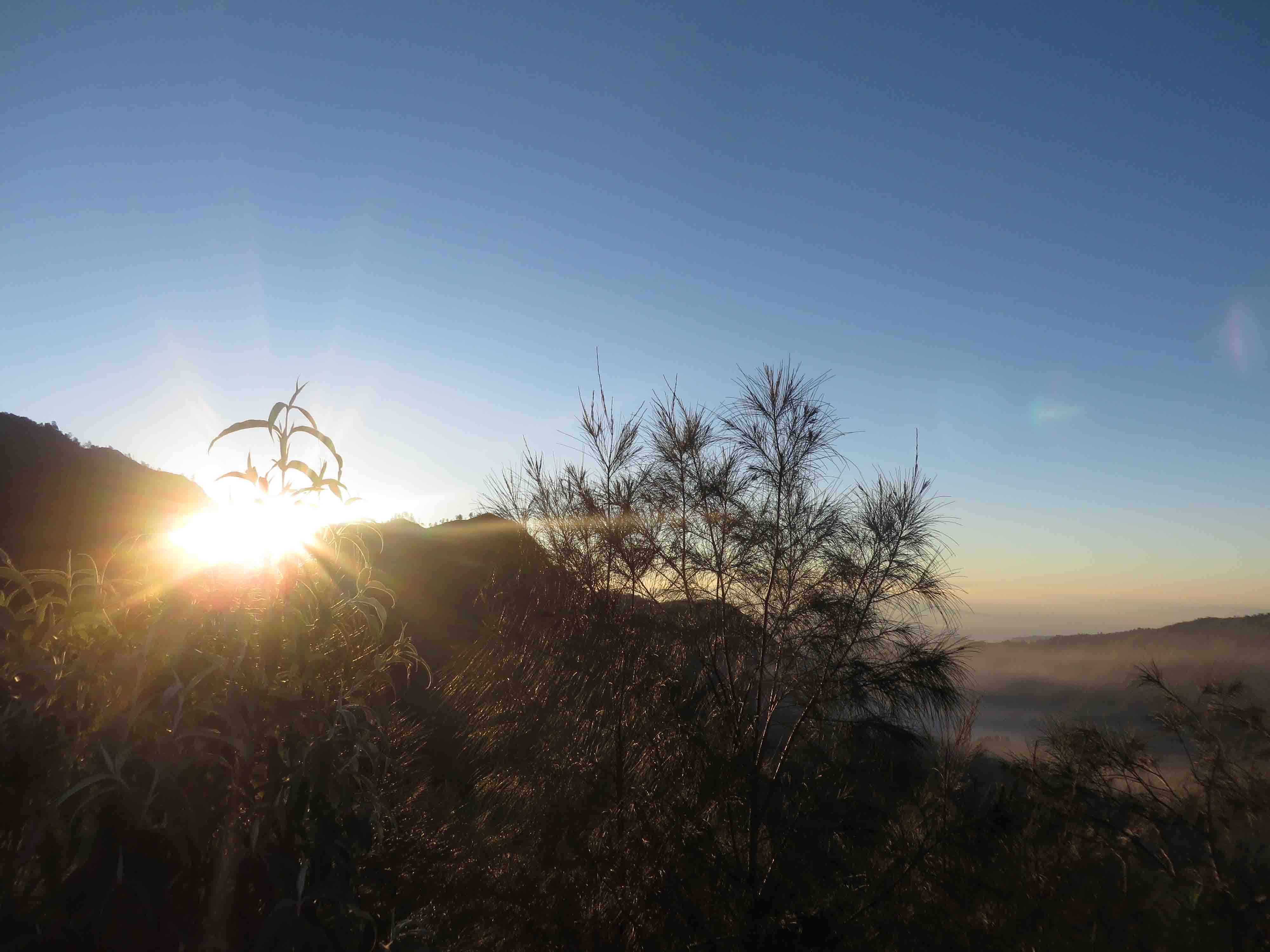 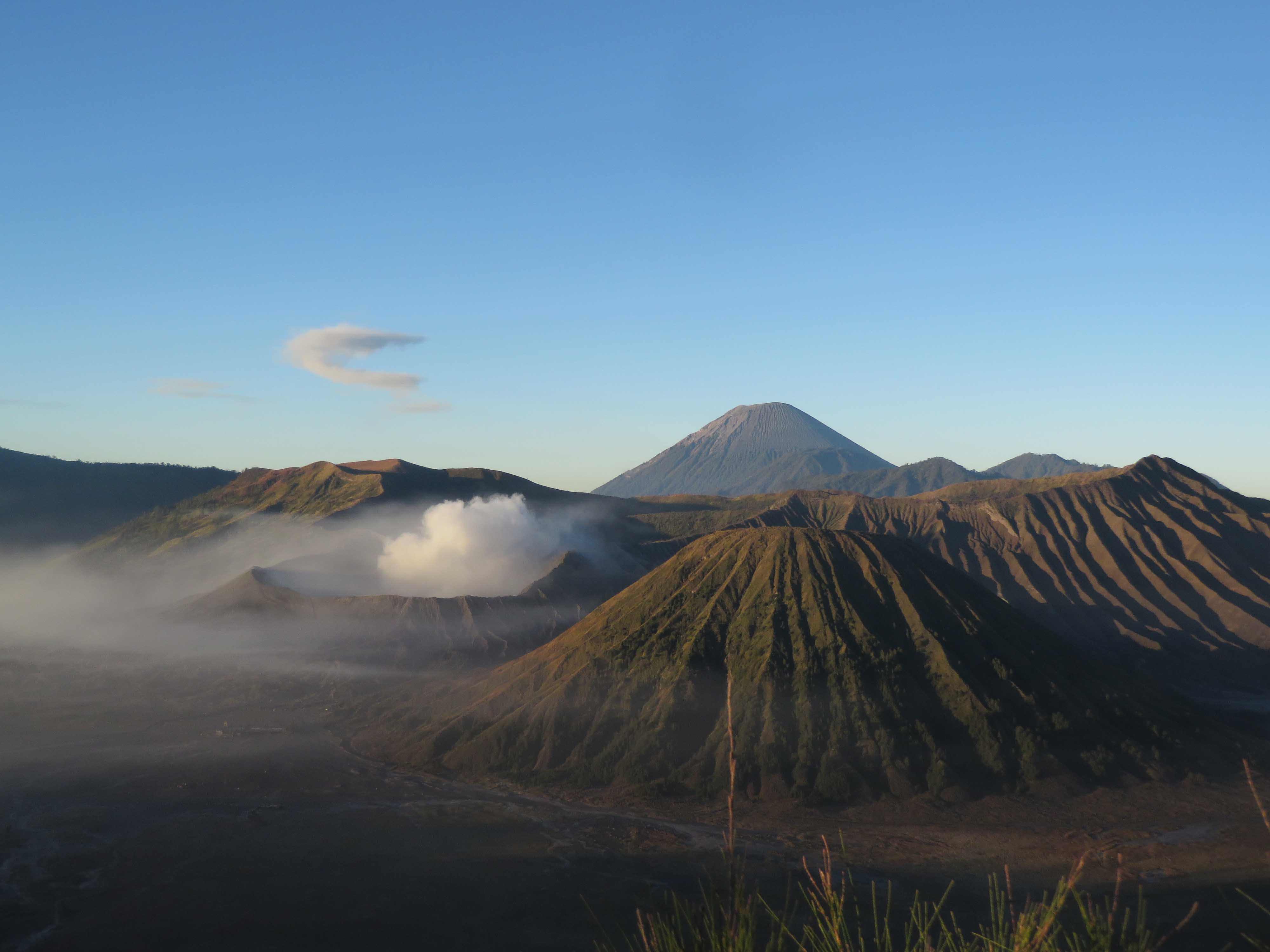 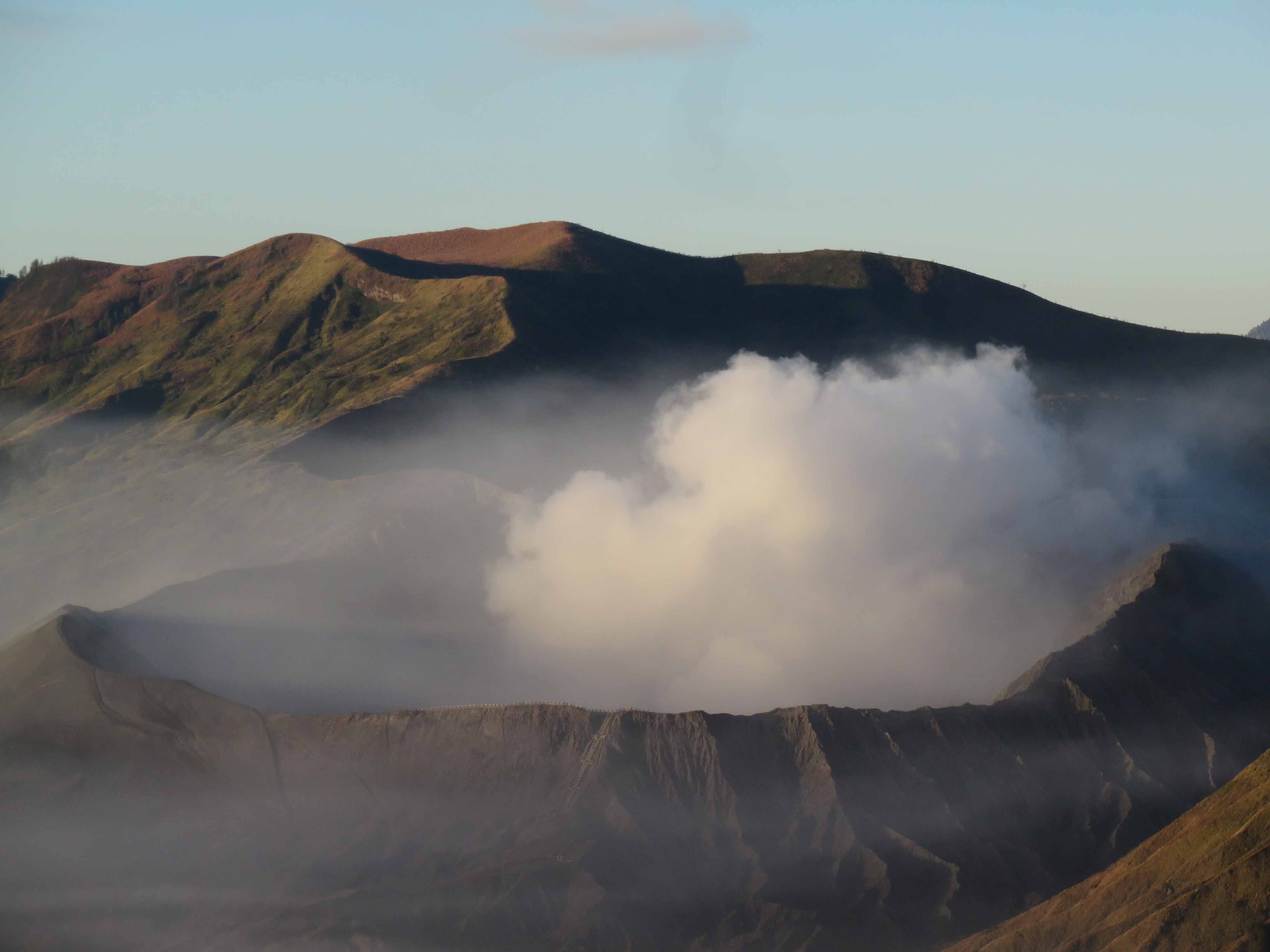 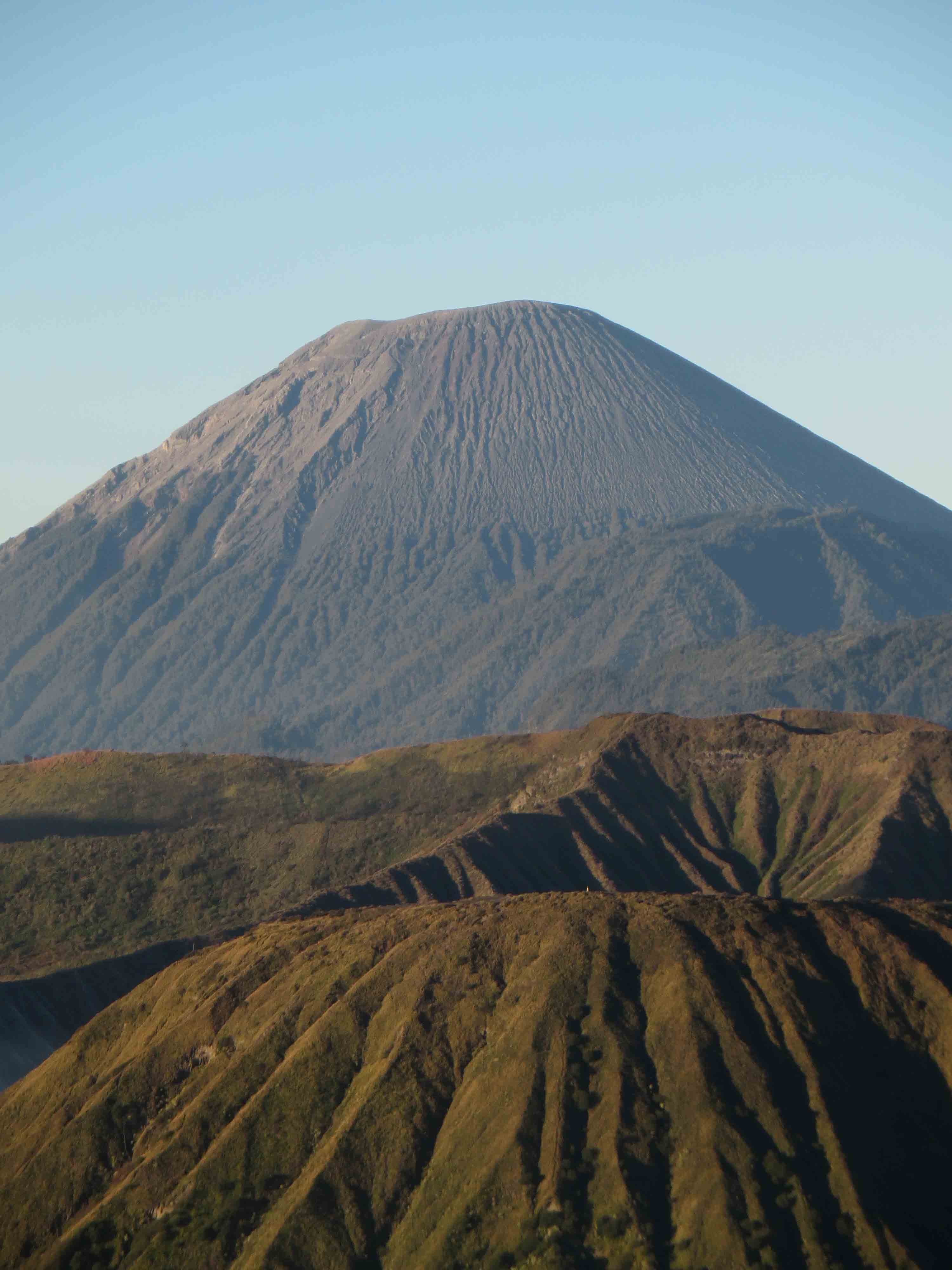 We had a magical moment. We let the spectacular scenery sink in as long as we needed, so much so that we were almost the last people to climb down the moutain. It was surprising to see people leave when the sun had barely even risen, but I suspect they might have had to follow a tour operator schedule. This is one of the reasons we avoid them, because we like our schedule to remain flexible. On the way back, we discovered landscapes we couldn’t see on our night hike and we were once again enchanted by the sights. Among countless marvels, we saw majestic cliffs that were not visible from the vantage point and rich vegetation as far as the eye could see. 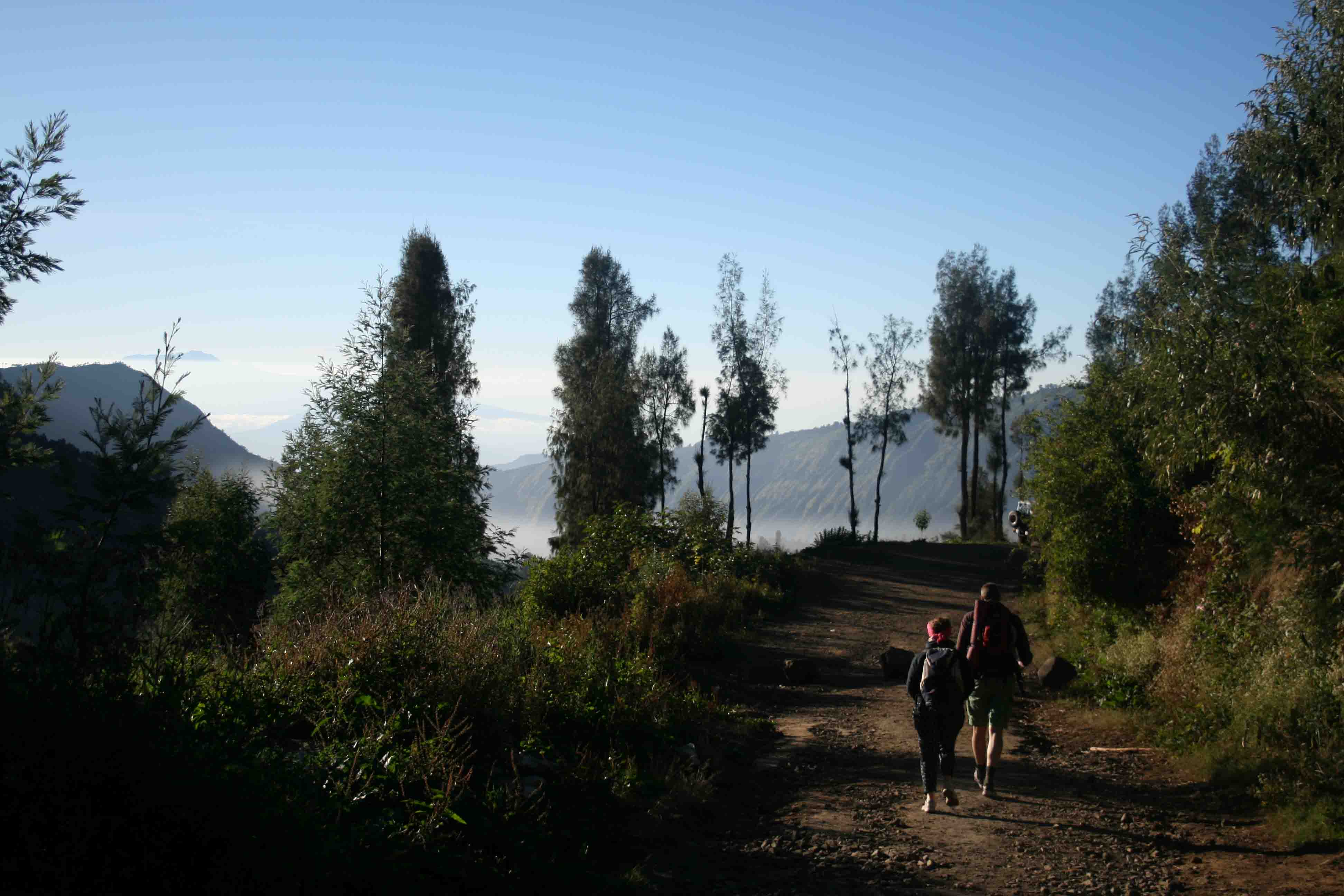 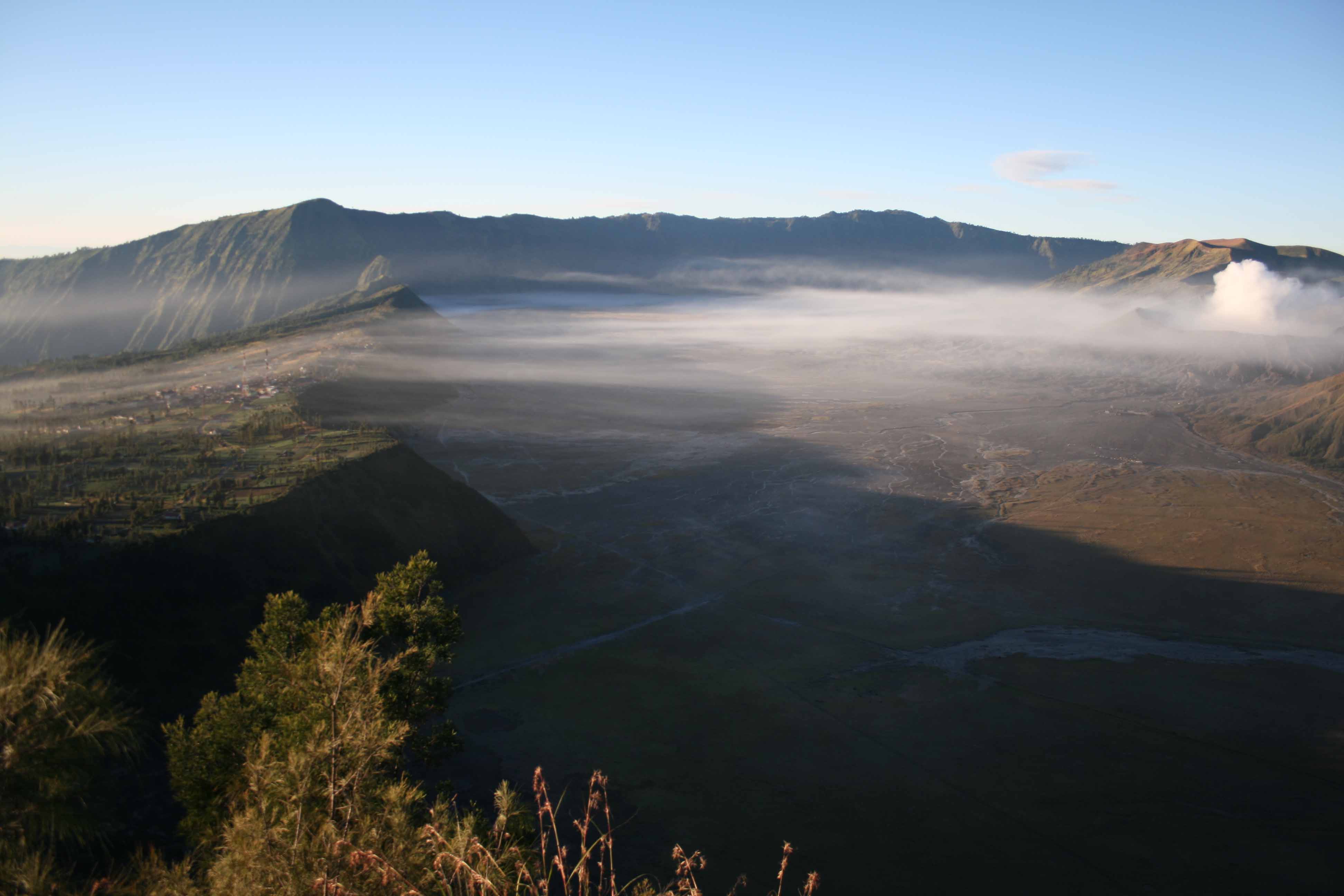 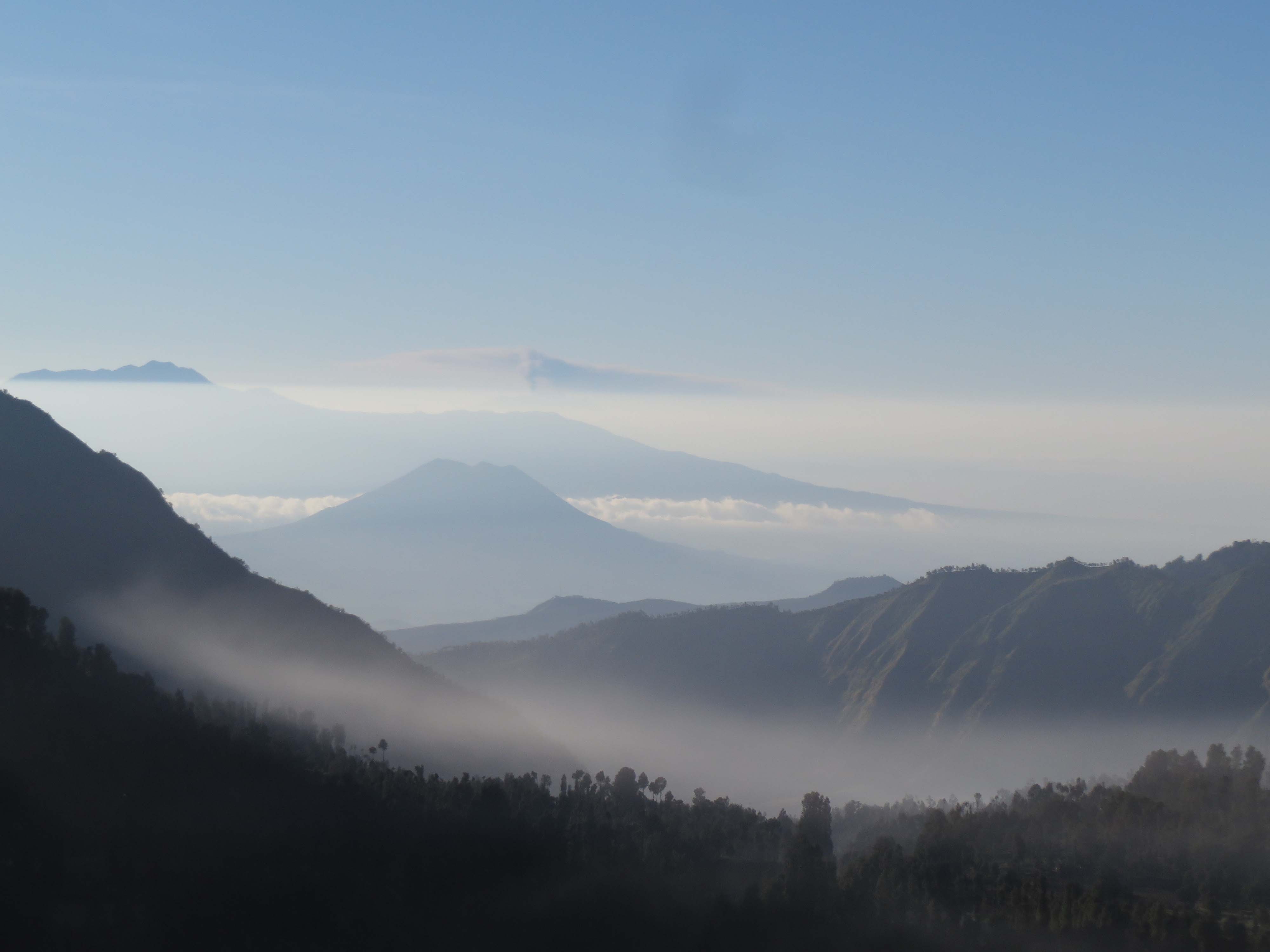 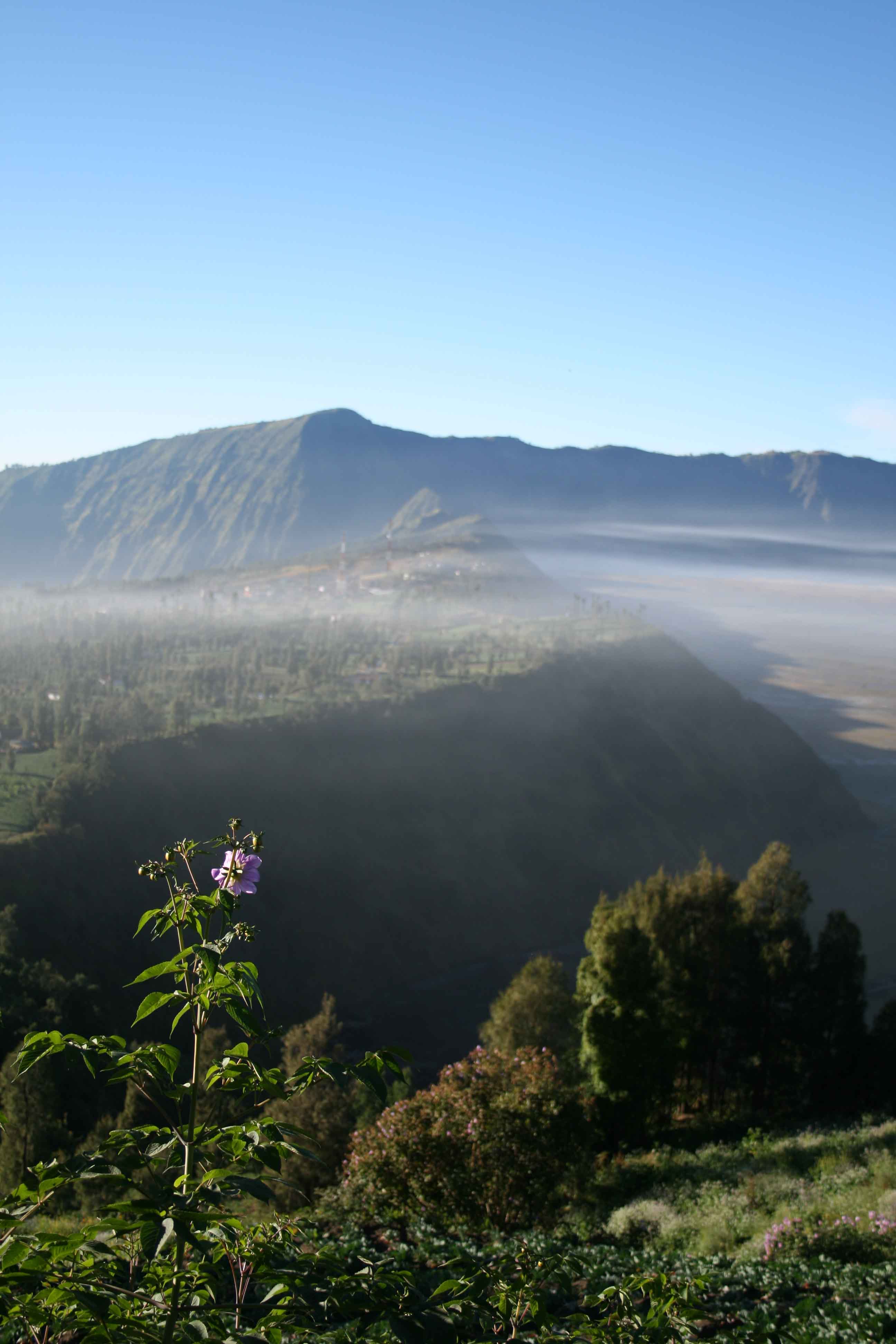 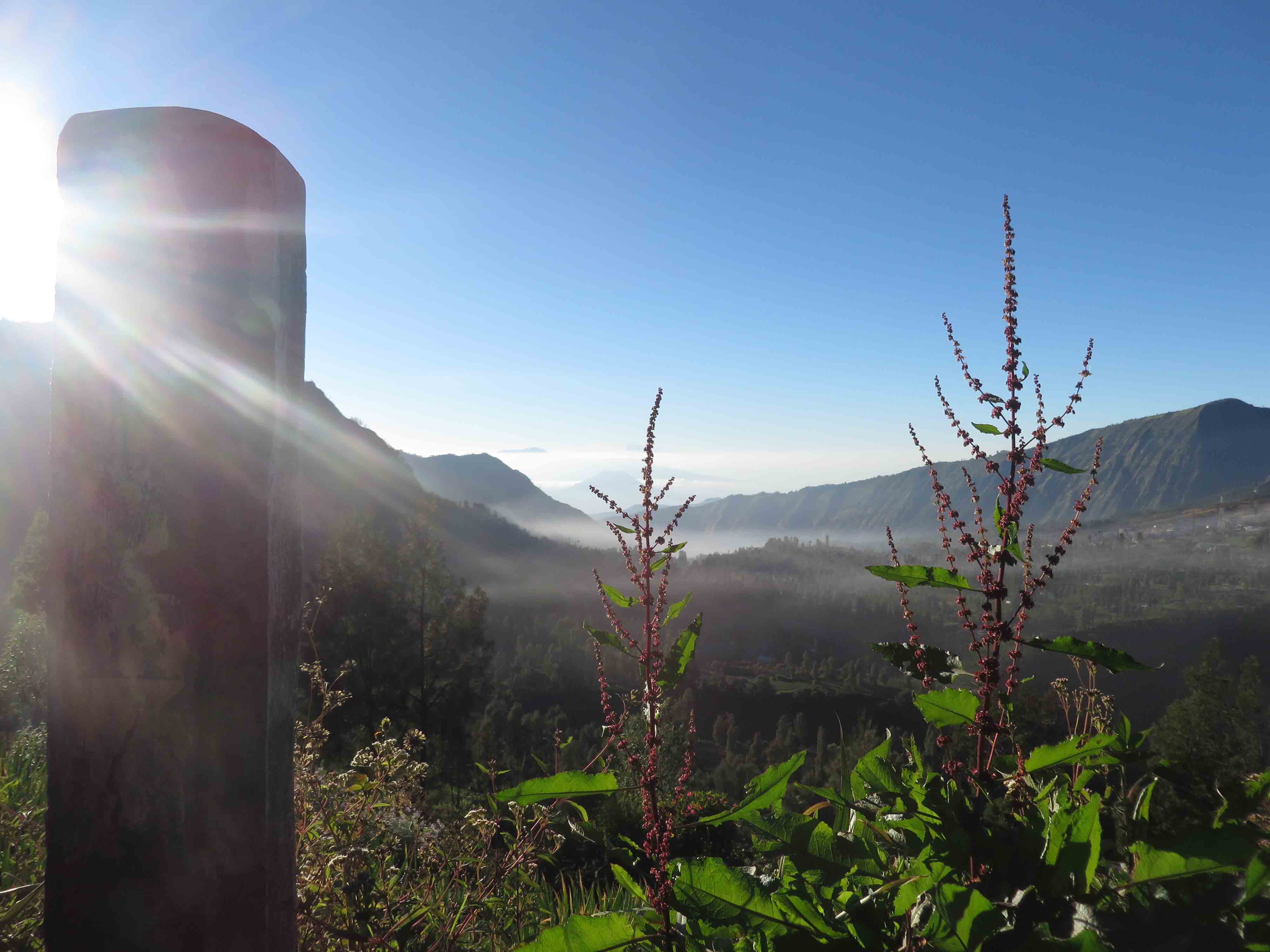 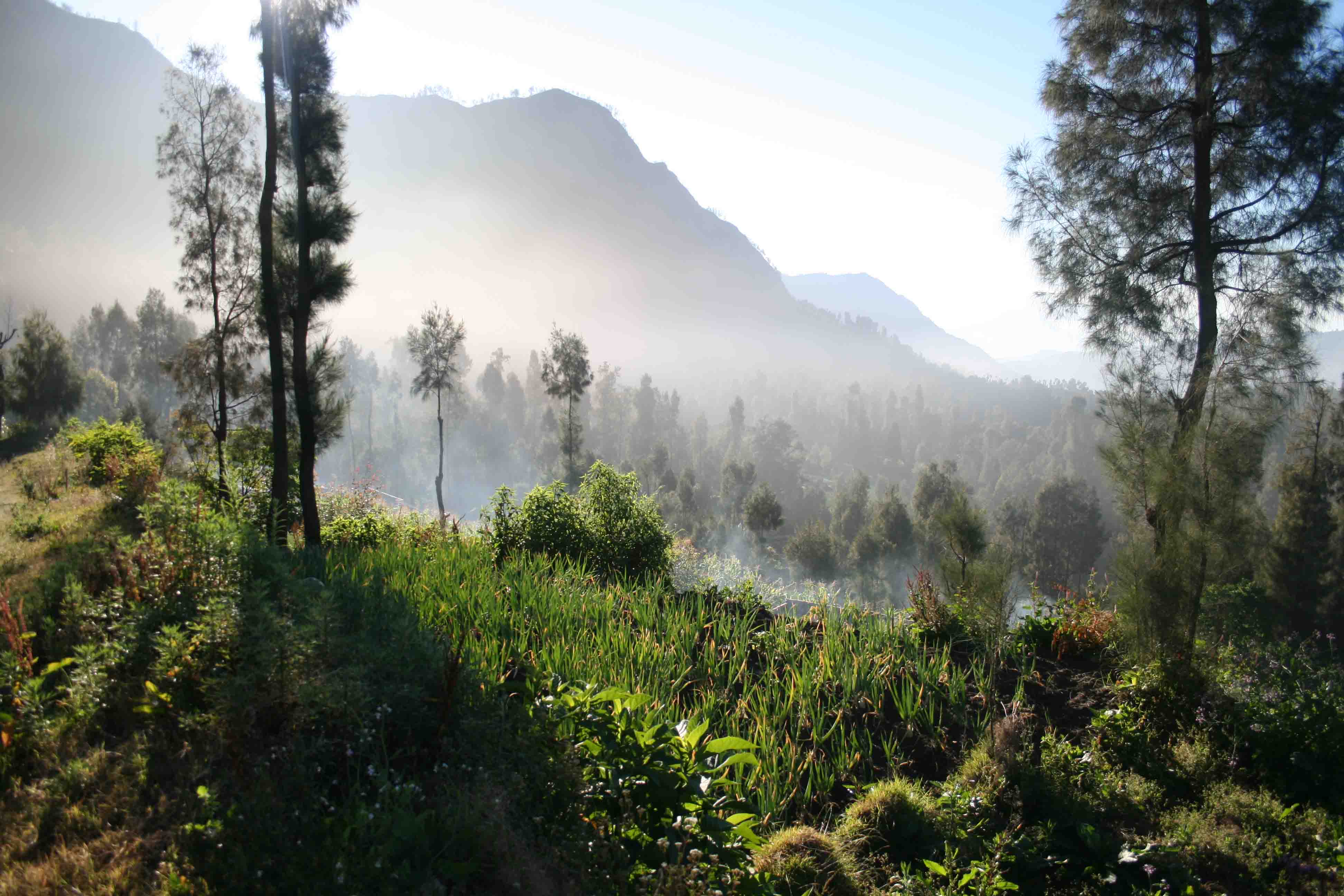 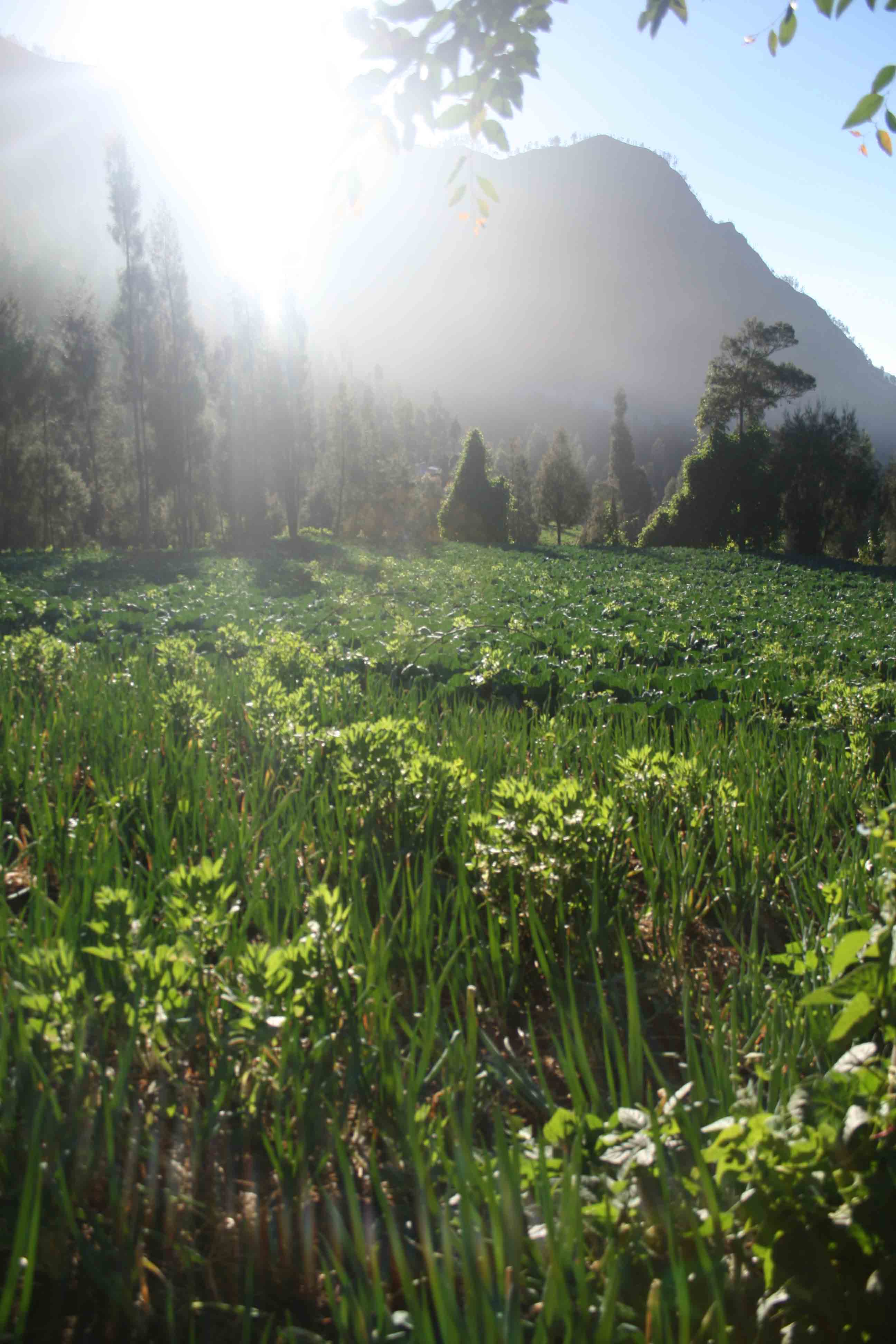 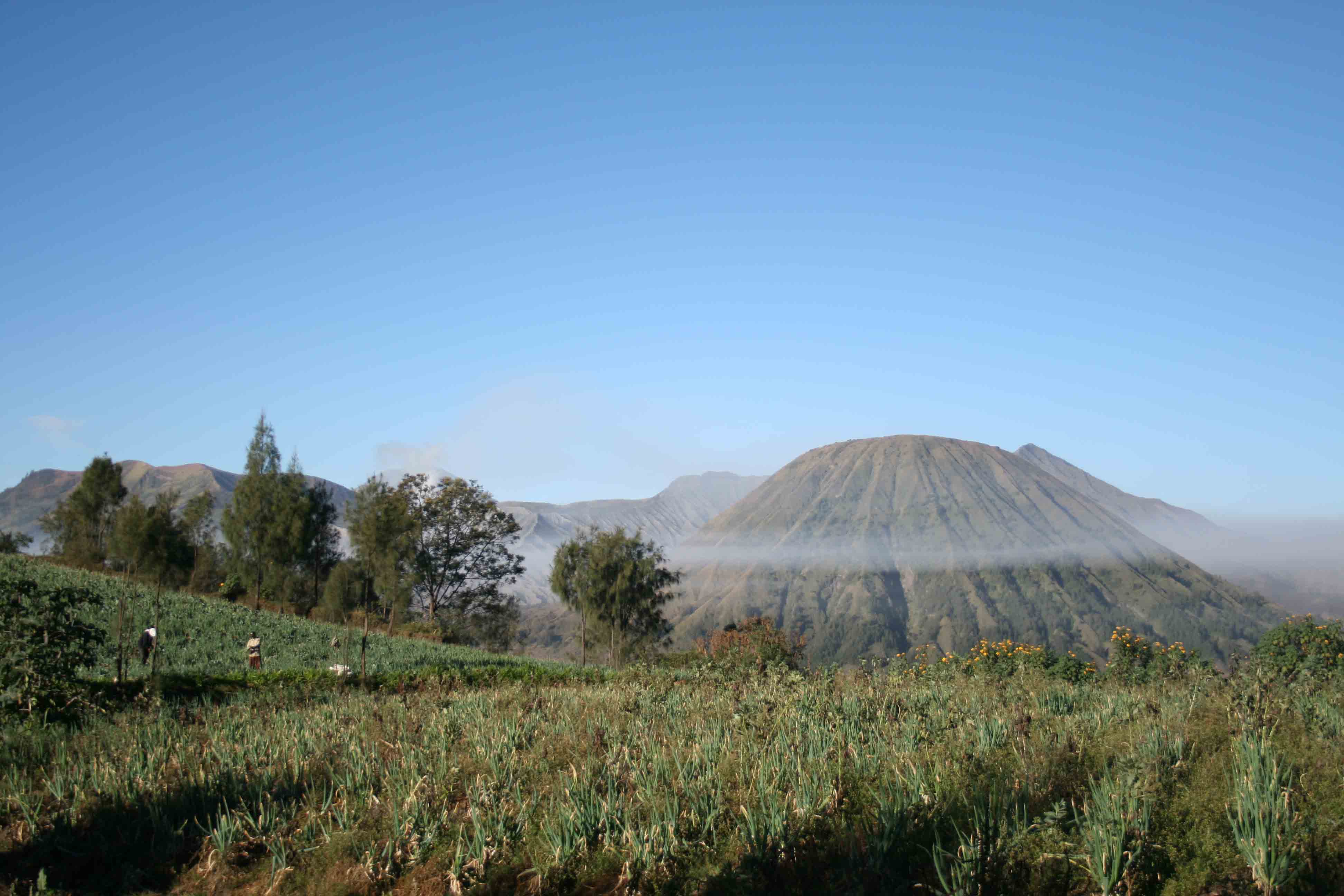 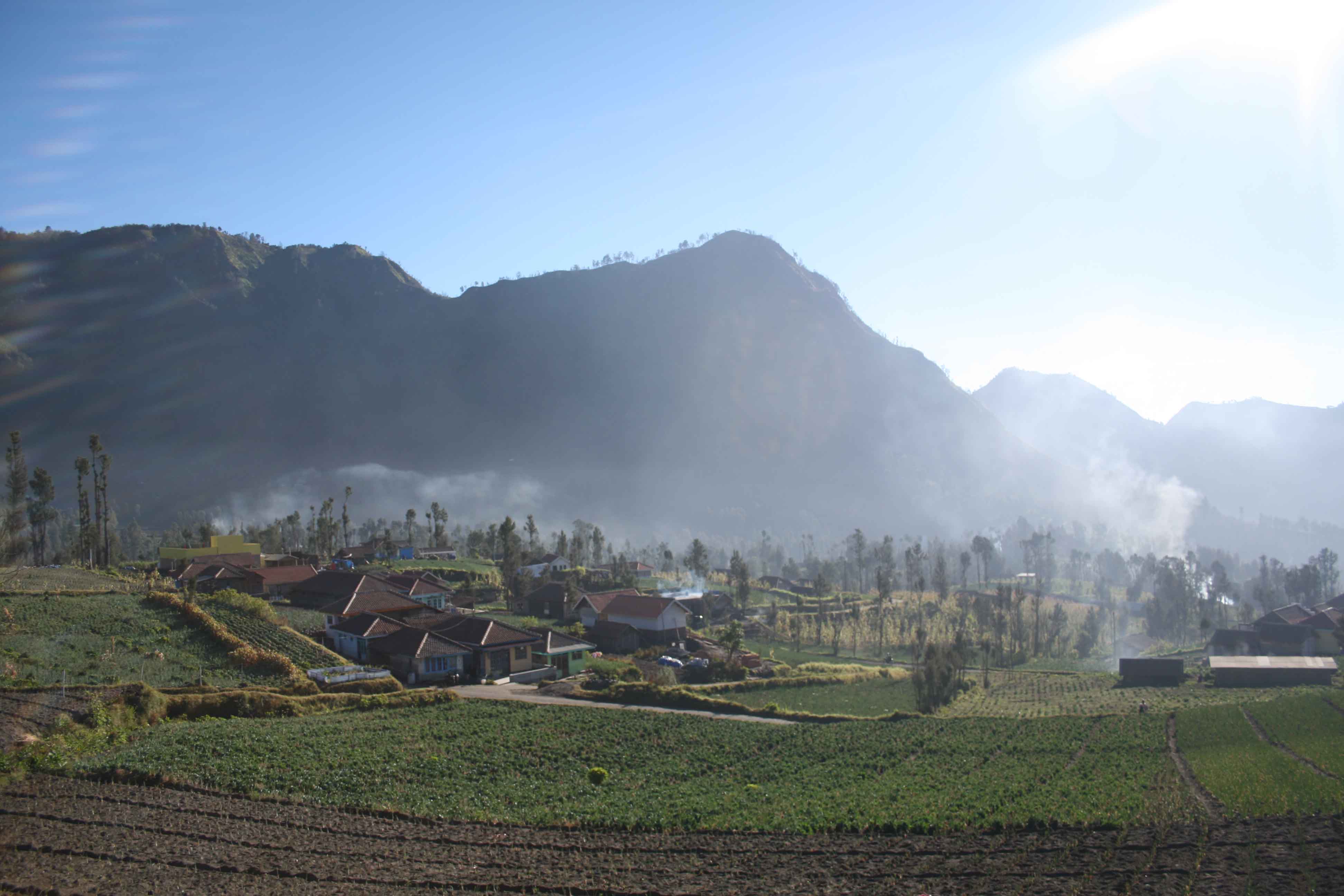 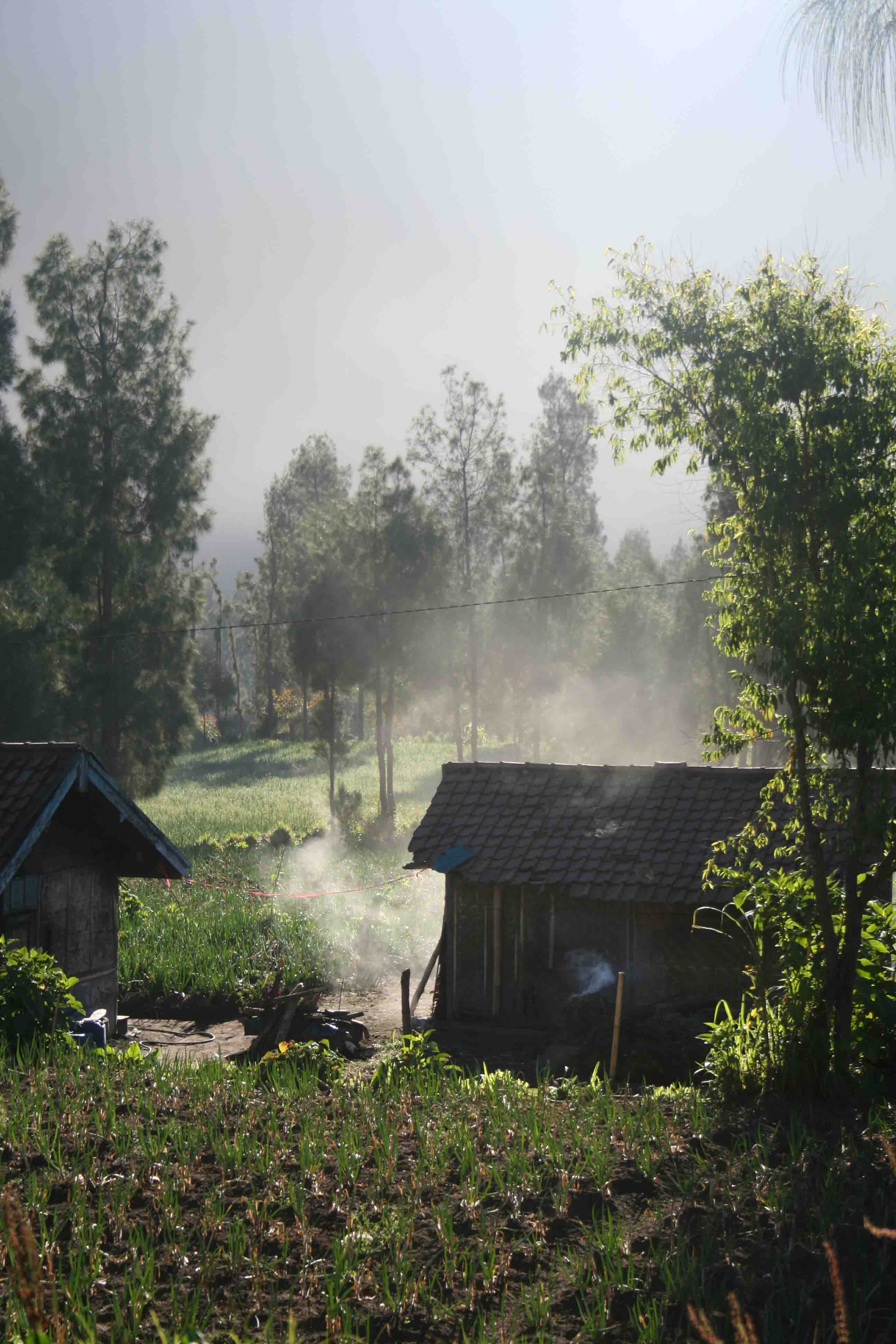 How would you like to spend holidays at Mount Bromo in this little house ?

The difficulties we met on the way discouraged us to head for the Ijen Crater. It was a very easy decision to make because we had already seen sulfury lakes in Iceland. And so our Java adventure ended with wonderful landscapes. Next stop Baaaliiiii !

My thoughts on Mount Bromo

> During the hike, the night was pitch black and we were in high altitude, so don’t forget to equip yourself with a pocket light and warm clothing (fleece jacket, scarf, knit cap). Of course, because the place is so touristy, ambulant vendors sell them too.

> Hotel rates at the Cemora Lawang village are wildly excessive, way beyond the norm, but it’s the name of the game !

> There are two possibilities to go watch the sun rise above the volcano. You can rent a Jeep onsite or use the one included in your tour package. The car will get you to vantage point 1 at the top of Mount Penanjakan. From what I’ve read and heard from people who went there, the place is too overcrowded to be able to truly enjoy the scenery unraveling before you. The second option is to go on foot like we did –  the hike is not too tough and it’s not jam-packed. You can even move around to take photos of the different landscapes.

> If your schedule allows it, some tour operators offer 3-day packages to Mount Bromo and the Ijen Crater. It’s more expensive than trying to get around on your own but it’s a lot easier and more relaxing.

Difficulties on the way : We take a train from Jogjakarta to Surabaya. After a few hours on the tracks, at the exit of the station, a swarm of taxi drivers jumps on us, one of them even going as far as to follow us to the bathroom .. How tenacious is that ? We seek information at the information desk of the station where they advise us to take a train to Probolinggo, then a shuttle to Bromo. But they also let us know that scams often take place, with shuttle fares to Cemora Lawang (the village nearest to the volcano) inflated for tourists. After what happened back in Borobudur, sighing quickly ensues .. An umpteenth taxi driver accosts us while we’re waiting in line to buy our train ticket and announces a fare of Rp 500,000 to get to Bromo. *Eureka* I do the math .. We need to find road companions to share the taxi and at the same time avoid scams in Probolinggo ! With a train fare at Rp 110,000 per person, paying Rp 125,000 for a taxi that takes us directly to our destination sounds like a good plan. Bingo ! We find a New Zealand couple wandering inside the station who are happy with the deal. There we are on the road with a pilot / road hog – we break into cold sweats but get there in one piece. We decide to go for the same hotel as our travel buddies despite the price. And now the driver doesn’t want to leave until we pay entrance fees for the park, saying it costs Rp 250,000 instead of the Rp 25,000 we read about in our brand new Lonely Planet .. Distrustful, we decide to settle in our rooms first to check the real amount with the hotel wifi. And the prices have gone up exponentially since 2014 .. So we go back to the control room to pay the fee, allowing the driver to pocket his commission, of which he evidently denied the existence. We can rest, at long last !!!